Becoming a professional in any avenue of life is the embodiment of the human spirit. Through a collection of imposed mindsets, like discipline, determination, and the pursuit of making your inner child-like-state happy, to choose a route of excellence is a prize to be celebrated. Fortunately, I was able to spend time with professional mountain biker Mark Matthews on Vancouver Island, a man who’s doing just that. For the last decade, Mark’s been riding out his dream traveling country to country with his bike by his side every step of the way (or over the jumps that get in his way).

To get a feel for Mark’s riding capabilities we grabbed a quote from one of his followers on his booming social media channels.

“I don’t think Mark knows how good he is. The guy rides so fast and with such a flow. He doesn’t make noise, he doesn’t brag about stuff, he just shreds with pure skill and it’s an absolute a pleasure to see him on a bike.”

After camping with Mark for three days I got to witness this first hand. We explored dense florescent green old growth forests, conquered towering bone crunching jumps, and of course got to see how the Bean Trailer could fit into his lifestyle. This was our journey.

For a moment, upon entering Port Renfrew, I wasn’t sure I’d made it to the right spot. This town is very remote and as small as they come. If you’re into minimalism and could lead a life of solitude deep within the coastal wilderness, this could be your chance to sell it all, and become the Canadian fisherman you’ve always wanted to be. Planning for my late arrival, Mark and his friend John toured me no less than a 2 miles away to a beach front campground I won’t name for conservation reasons. I’ve camped oceanside a handful of times, but the sensation of sand beneath your feet, the alleviating smell of crisp evergreen trees, and falling asleep to the sound of the ocean never gets old. Now, what does get old very fast is having to start a fire with soaking wet wood, illegitimate kindling, and some damp graham cracker boxes. We had to have been at it for almost an hour, quickly resupplying our micro embers with the thin pieces of timber we split with an on-hand knife-hatchet half blood. Finally, after getting a solid base going we got to enjoy our night from there. If you haven’t gotten to experience camping with new friends, I’m almost certain its the best way to get to know someone. Forced teamwork for setup, cooking, and fire-starting combined with late night hazy fireside chats overlooking a rumbling Pacific Ocean has a way of allowing people to settle into one another.

The next day started like any good day should, waking up surrounded by god’s green earth, smelling like campfire with a thirst for adventure in our bellies and of course, freshly brewed coffee. As it turns out, John is a barista with his very own organic coffee truck just down the road. So with no other option, Mark and I made a pit stop at Beach Camp Coffee before hitting the road.

Vancouver Island is ripe for endless exploration and while we could have head off in almost any direction we decided to make our first stop at Avatar Grove. An endangered forest, Mark and his family frequented while growing up. We hiked amongst giants, up, down, and through the gnarly old growth red-cedar woods straight out of the movie, you guessed it, Avatar. Next up within a few miles, was another memorable spot for Mark, an old jump line him and friends had built for a mountain biking documentary titled, Builder Movie. After off-roading our way up steep logging roads, we parked at a seemly random spot before trekking our way down 80 ft or so into the middle of the jungle. It was oddly satisfying following Mark out to the secretive jump line knowing the cinematic awesomeness that was filmed a few years prior. Standing on the jumps and next to the man that road them was surreal considering some of the gaps were more than 20 ft. wide. Contributing to the craziness, at the bottom or finish line, was a hollowed out lightning zapped mega Red Cedar that was wide enough to stand in. Mark joked, if he were to rebuild the same trail he’d want continue the line on the other side, so the tree would act as a half way point and riders could cruise on through! It was great to be able to spend time with Mark while he was in his element at a place he held such fond memories.

As our day was coming to a close, we needed to get the Bean to our next camp spot before dark. After a few interesting conversations, a lost and found camera microphone head, and a short drive later we made it to the base of Mount Prevost. Mark informed me, it would be chilly if we camped at the top but when you’re fully equipped with a teardrop built for overlanding; snow, rough terrain, and the cold is no match. Needless to say, we camped at the top; following our first night beach camp by a second night 2,585 feet up along a snowy mountainside overlooking the Strait of Juan De Fuca. Even more so surprising, through the fog covered horizon we could see faint lights beaming from Seattle.

Day 3: Rough Terrain, Beautiful Sites, and the Smell of Campfire.

It came as no shock that Mark picked Mount Prevost for our second basecamp, as it is home to some of the best single track riding in North America. Riders from all over the world travel to Mount Prevo to train for down hill, freeride, and other various competitions. Equivalently we’d discussed a few Mark Matthews x Bean Trailer mash-up action photos and this mountain was going to give us the best opportunity to capture the never-before-completed, Bean Jump. Getting the camper off the main pathway onto a rough side trail was tough but when you’re hanging out with someone as extreme as Mark it’s a prerequisite to just send it. I’ve never seen the trailer so contorted and I’ve taken it up some gnarly mountains! Cheers to product testing because we put that thing through the ringer.

After positioning the trailer, it was time to set up for the jump. I was amazed by Mark’s improtu ability to ride such extreme and rugged terrain without a warm up but I guess that’s why he’s the professional and I am not. With seemingly minimal effort, within minutes, there I was, buried in the side-brush of a ditch, trigger finger down on my camera’s shutter button, intensely watching him fly over the back hatch of the trailer. Day made!

As our adventures together came to a close, two things became apparent. Mark’s focus and dedication to his craft is undeniable and Bean’s utility and functionality made a phenomenal paring with Mark’s lifestyle. Even as he progresses out of competitive riding and into a creative roll, he brings a lot of value to the sport. Whether that’s working with suitable brands like Bean Trailer or organizing international meet-ups with enthusiastic and like-minded riders.

To watch our Vancouver Island adventure unfold from Mark’s point of view, and hear exactly what he thought of Bean Trailer, watch his YouTube vlog:

Nick lives a “can do” lifestyle, with a deep passion for exploration, and curious living. His goal has always been to encourage everyone to get outside, live healthier, and walk lighter on our feet.

How to Thrive Camping with Grandkids 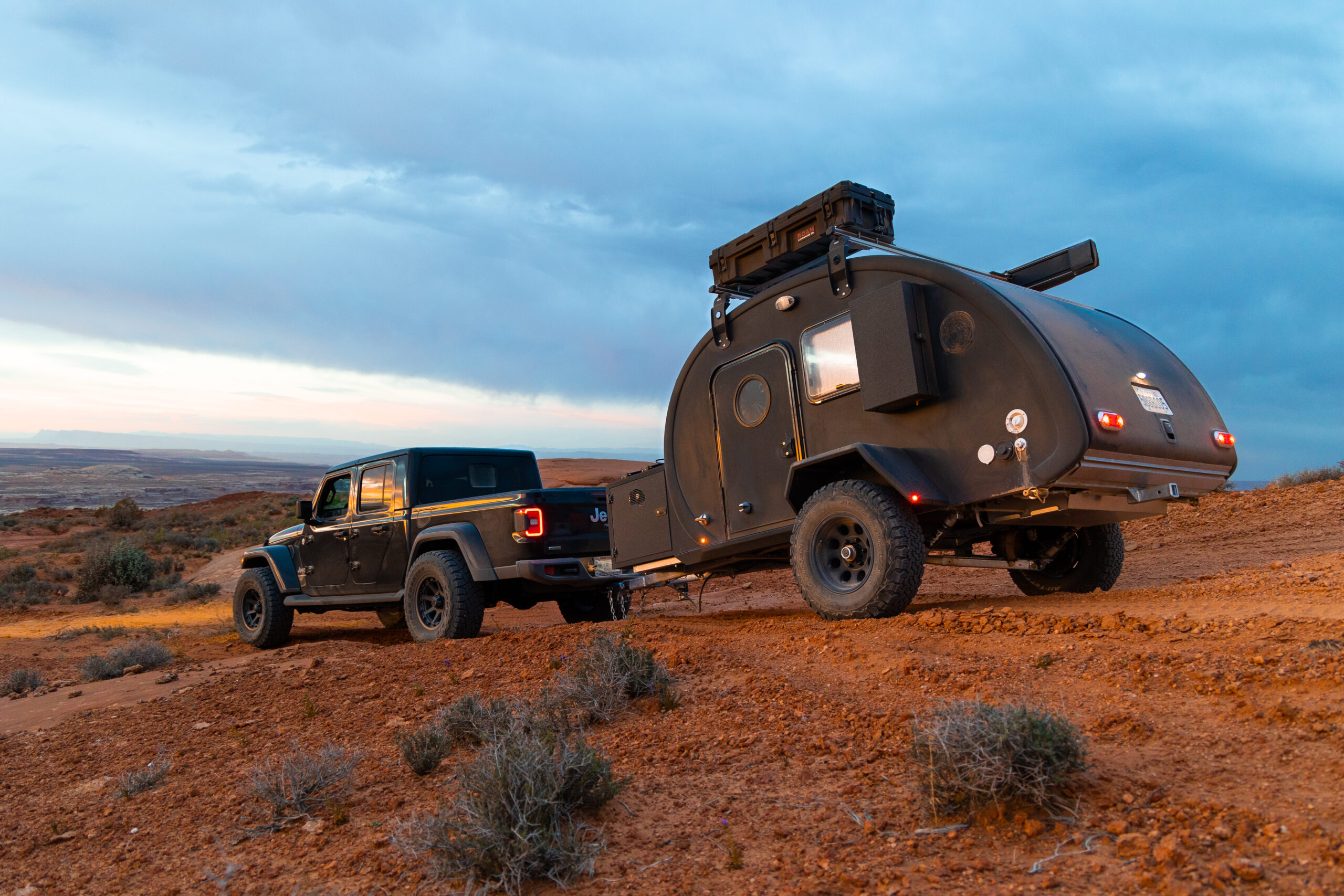 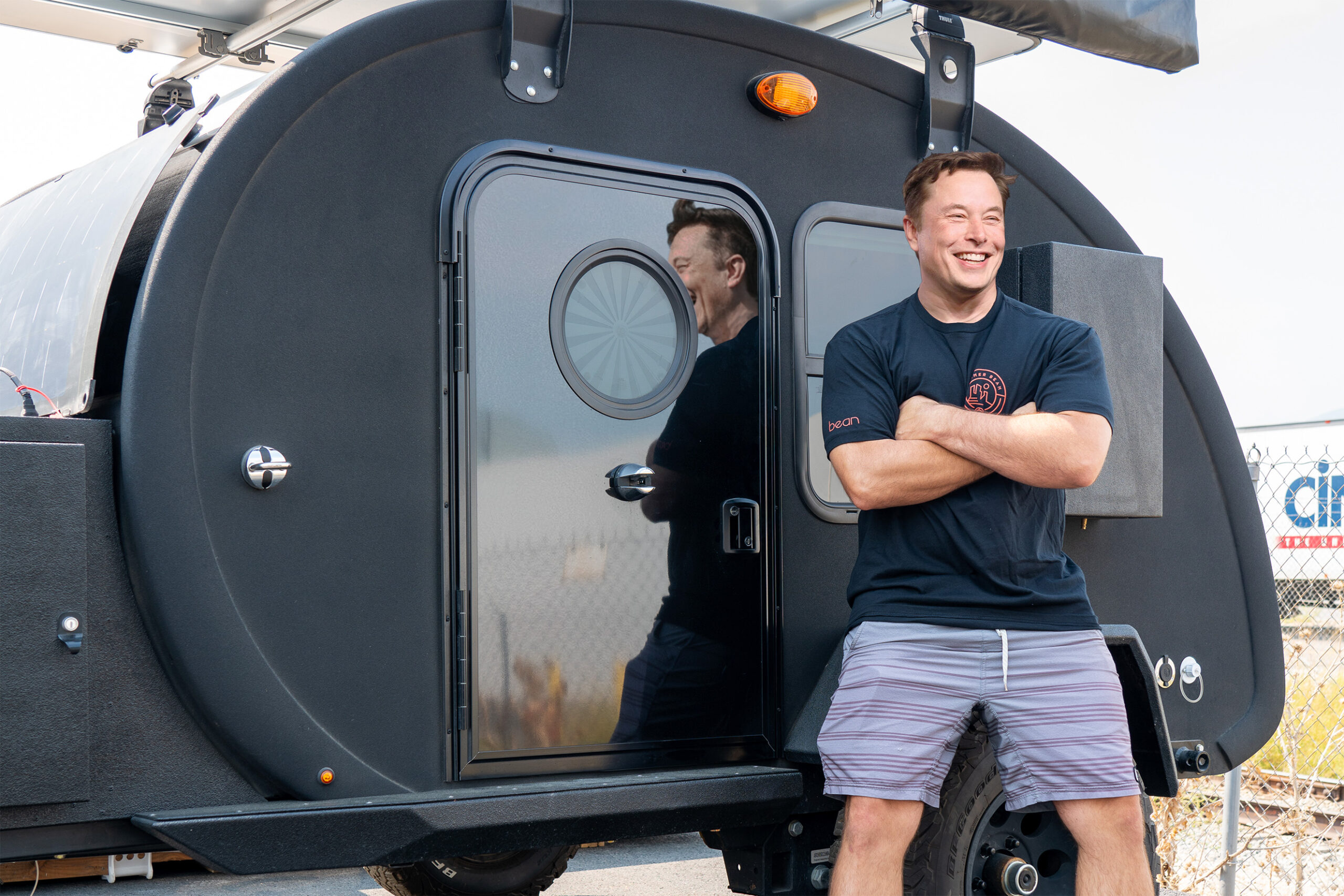 Elon Musk is Moving into a Teardrop Trailer 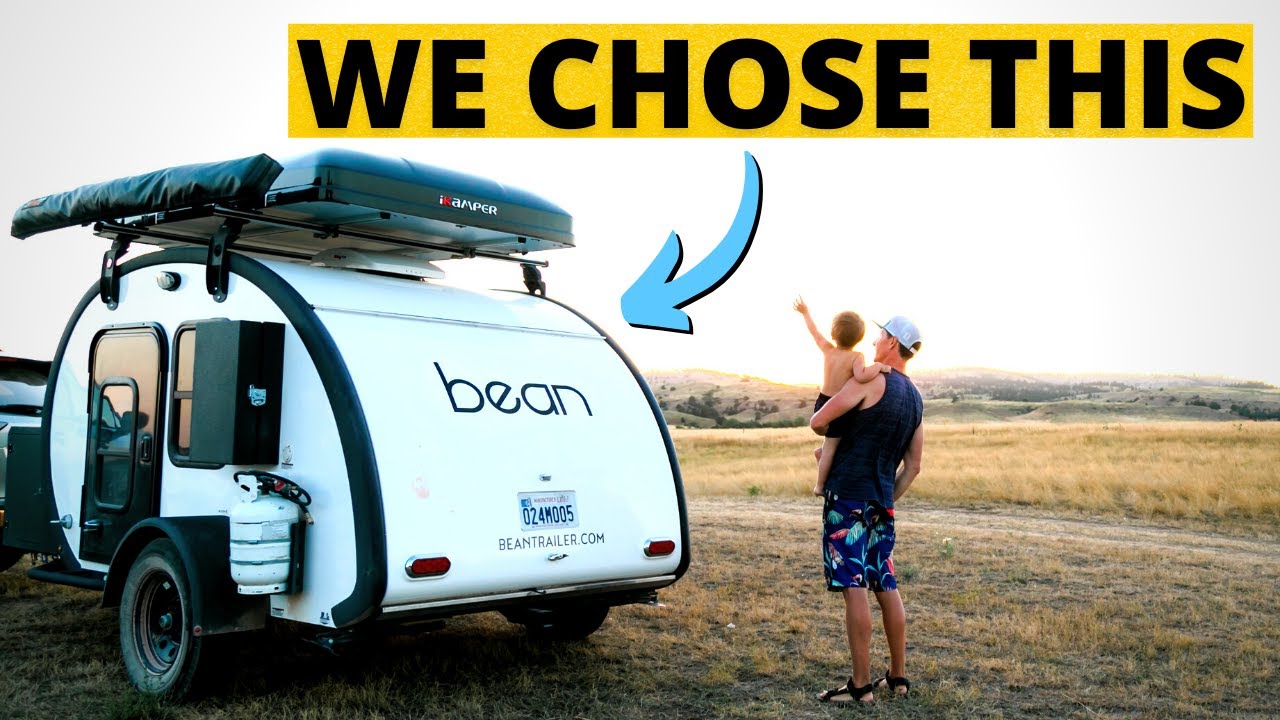 How to Thrive Camping with Grandkids

“I don’t feel good, I need to poo. I need water. Can we download Minions? I get car sick. Are we getting close? I am bored!” That was all in the first hour of a five-hour trip with our grandkids

Everyone camps differently, but many have looked to teardrop trailers, conversion vans, or alternative overlanding setups to get off the ground, increase sleeping comfort, and increase mobility on the trails. Each setup has a fair share of pros and cons

Elon Musk is Moving into a Teardrop Trailer

Elon Musk, the richest man in the world, is rumored to be moving into a simple teardrop trailer, Black Bean by Bean Trailer. This continues his trend of simplification and divesting himself of homes and personal assets that detract from

What if a fiberglass trailer and a teardrop trailer got together and had a baby? You’d get a Bean! Recently, small camper expert Drew Hansen of Playing With Stick recently announced that our base model, Bean Stock was the right